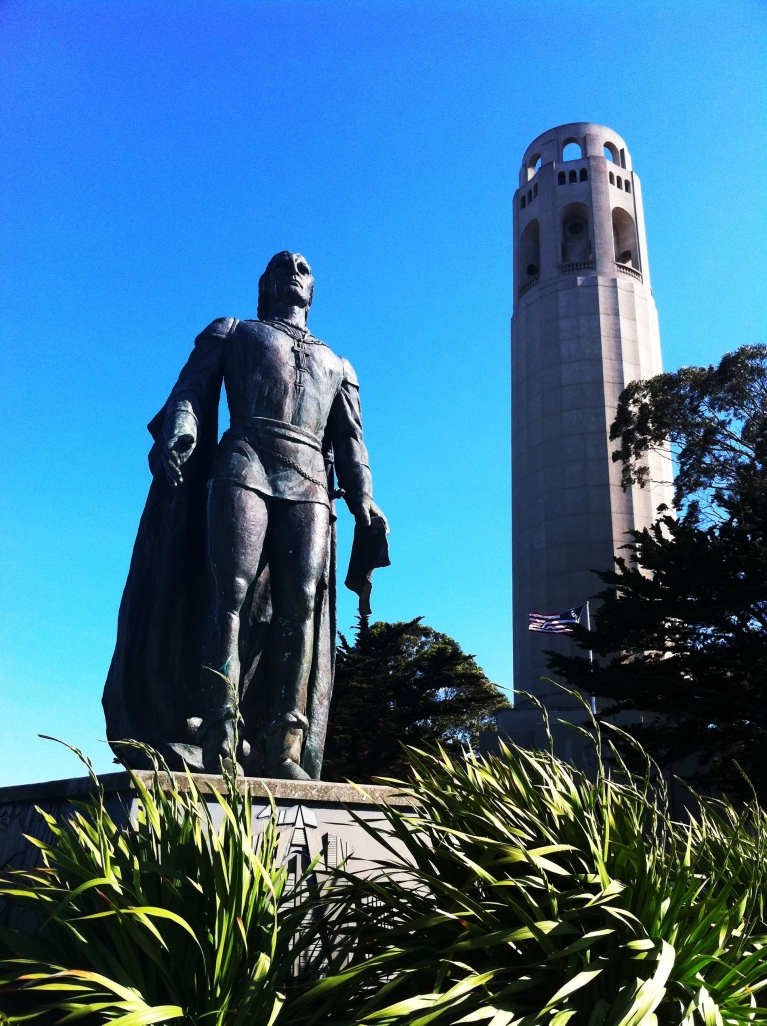 On The Run: Christopher Columbus lookin' grand in front of Coit Tower

Born in Seoul, South Korea to a Korean mother and an African American soldier, Hines has become an international role model to children everywhere.

Having persevered through many trials as a child in a single parent home, Hines has dedicated his time off the field to the betterment of inner city and underprivileged youth in the Pittsburgh and Atlanta areas. His Helping Hands U.S. Foundation focuses on improving literacy among children and will provide programs and services to better equip them for achieving and handling success in life.

Abroad, his Helping Hands Korea Foundation (formed as a tribute to his mother) has targeted biracial discrimination, especially as it occurs among the children of Korea. With two visits to Seoul this past summer, Hines has already made a significant impact on the entire country of Korea by speaking out against the country’s discriminatory practices and by pledging his time and allegiance to the biracial children there.

Indeed, with his dedication of both “heart and soul” to his Helping Hands cause both here and abroad, Hines Ward is considered by many to be the world’s “Ambassador of Hope” to children from all walks of life.